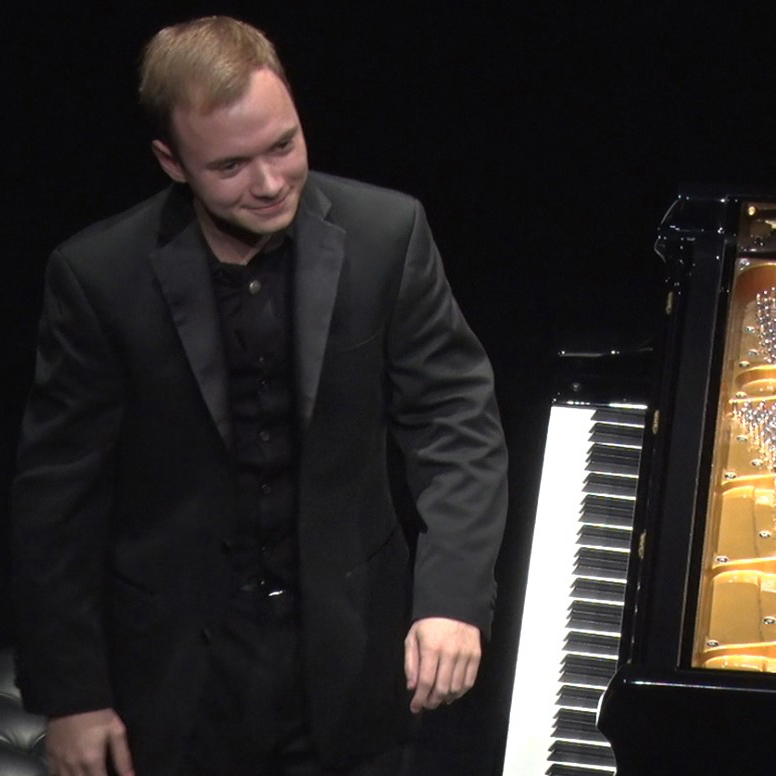 As a Freeburg Artist, Christopher Tavernier made his orchestral debut with the Tar River Philharmonic Orchestra at the age of thirteen performing Tchaikovsky’s Piano Concerto No. 1. Since then, he was won numerous competitions throughout the Appalachian region including the Hendersonville, Asheville, Augusta, and Charlotte Symphony concerto competitions. In 2017 he was selected as one of the winners at Brevard Music Festival’s Jan and Beattie Wood Concerto Competition which included undergraduate and graduate competitors. In 2018 he placed 1st in the inaugural Hayes School of Music Piano Competition in Boone, NC, and placed 2nd place in the Big Arts Classic Music Competition in Sanibel, FL. Last year Christopher placed 1st in both the Lower College Level Piano and College Concerto divisions of the 6th Annual Gulf Coast Steinway Society Music Competitions in Mobile, and this year he received the distinct honor to perform at Carnegie Hall in NY.

Christopher is half of a chamber music duo going by the name of “88 Keys and a Reed,” a joint project with clarinetist Matthew Hannah to explore the vast variety of repertoire for piano and clarinet. In addition, Christopher has performed many benefit concerts in support of the Mission Foundation’s “Ladies Night Out” — a collaboration of women helping women who provide free mammograms and health screenings for uninsured/underinsured women.

Before entering college, Christopher studied with Dr. John Cobb and Dr. Douglas Weeks. Christopher is now beginning his Senior year and is completing his undergraduate degree in piano performance with Dr. Read Gainsford at Florida State University’s College of Music. This summer he will be attending the Gijon International Piano Festival in Gijon, Spain. Christopher has been featured on ABC affiliate television station WLOS, CBS affiliate WSPA in Spartanburg (Scene on 7), Carolinas CW62 (Studio 62), and Carolina Live NPR radio, and WCQS in Asheville, NC., and has published recordings in DVD and CD formats.